I am a researcher at ETH Zurich, using XR to make math more graspable.

The Game Creator is a Game Design and Programming app for video games, promoting creativity. I implemented this tool during my Software Engineer contract with the Game Technology Center of ETH Zurich. This project was presented at the World Economic Forum in 2019 and nominated for the ETH Zurich Spark Award. The start-up Enlightware will release a new version of the app, accessible to a wider audience. 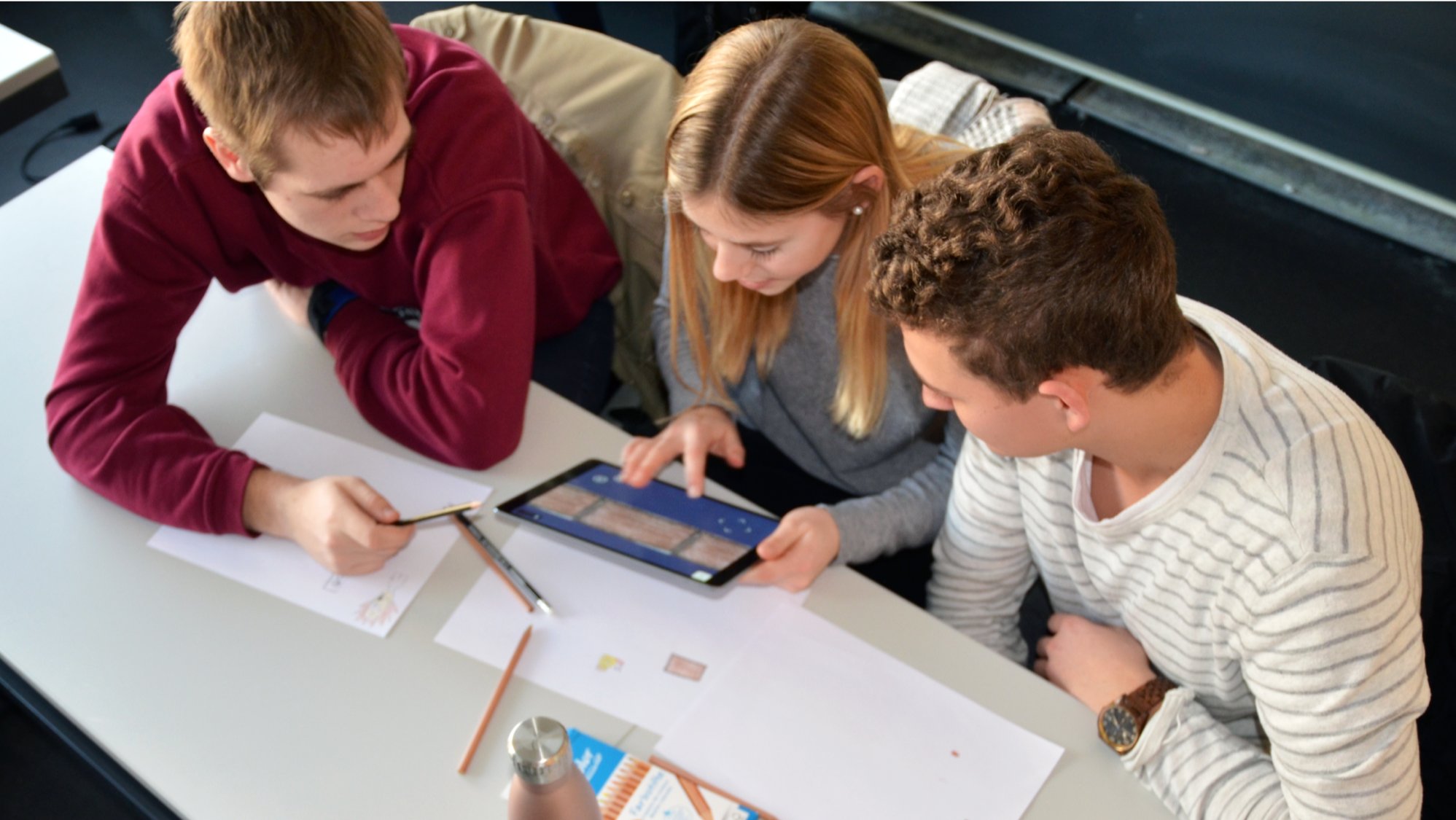 Our goal was to create a mobile app for children (and grown-ups) to create their own personal video game prototype.

We specified several constraints for our tool. 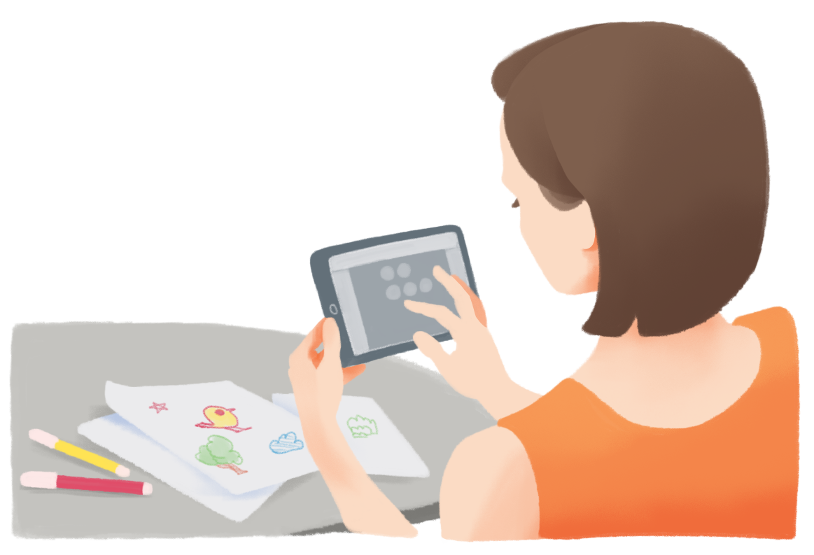 So how does the app look like now? First, the user can draw their characters and other game elements, and take pictures to add them to their game. 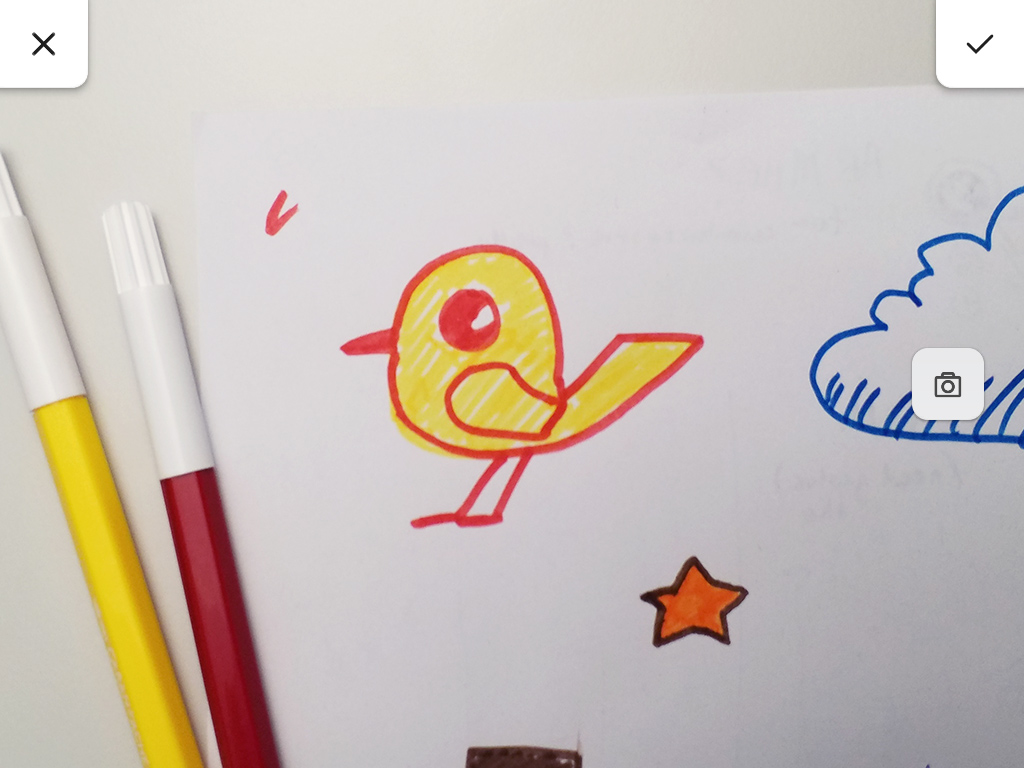 As a bonus, here are some drawings the users made during our studies. 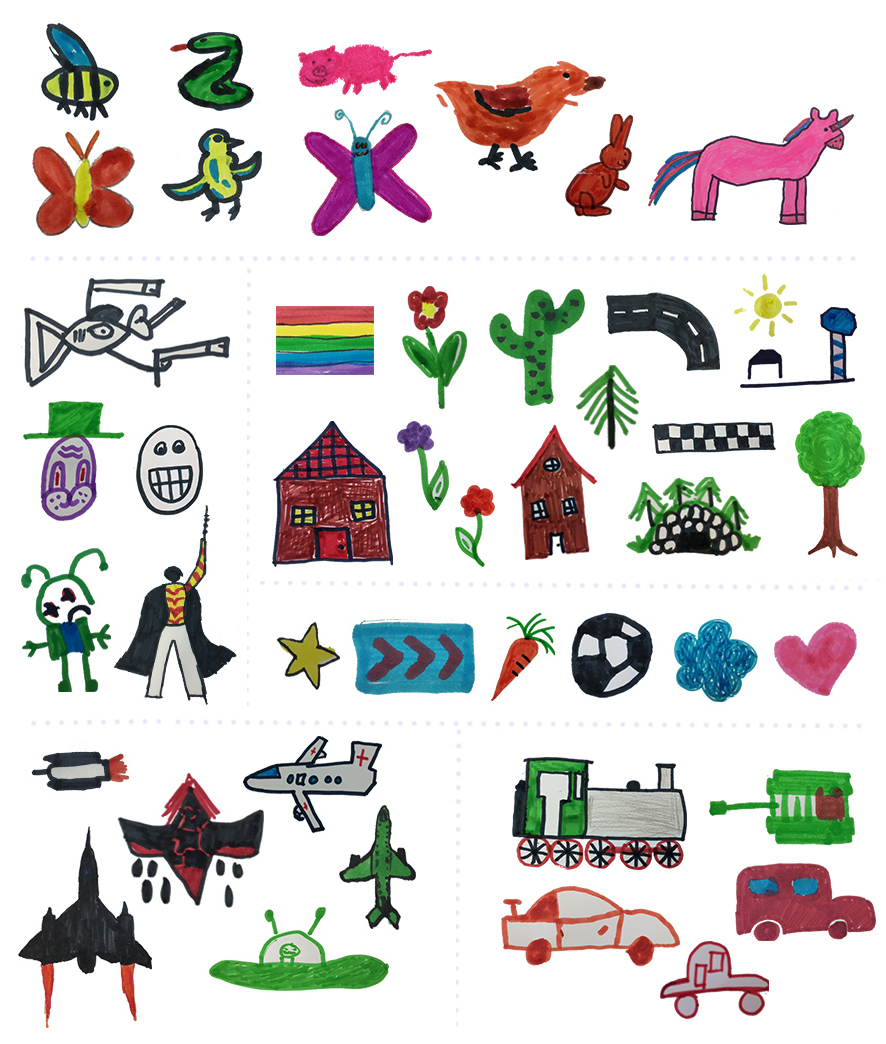 Then, users can simply compose a level by moving the elements around and resizing them the way they like. 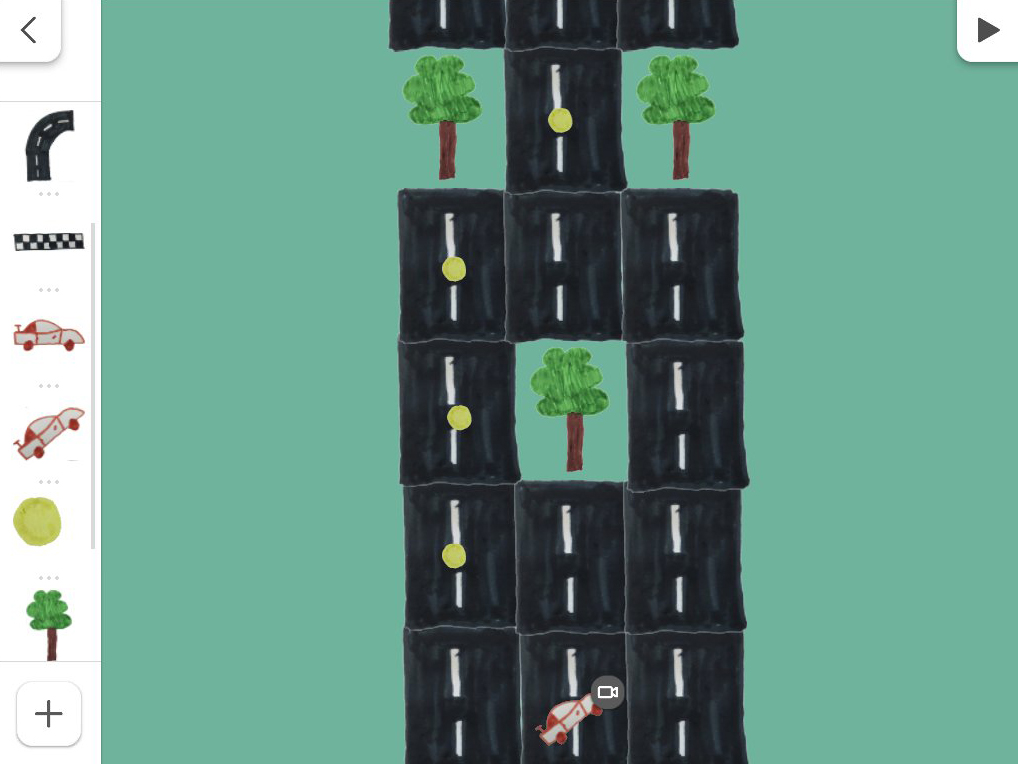 These pictures show how some participants built very elaborated levels. 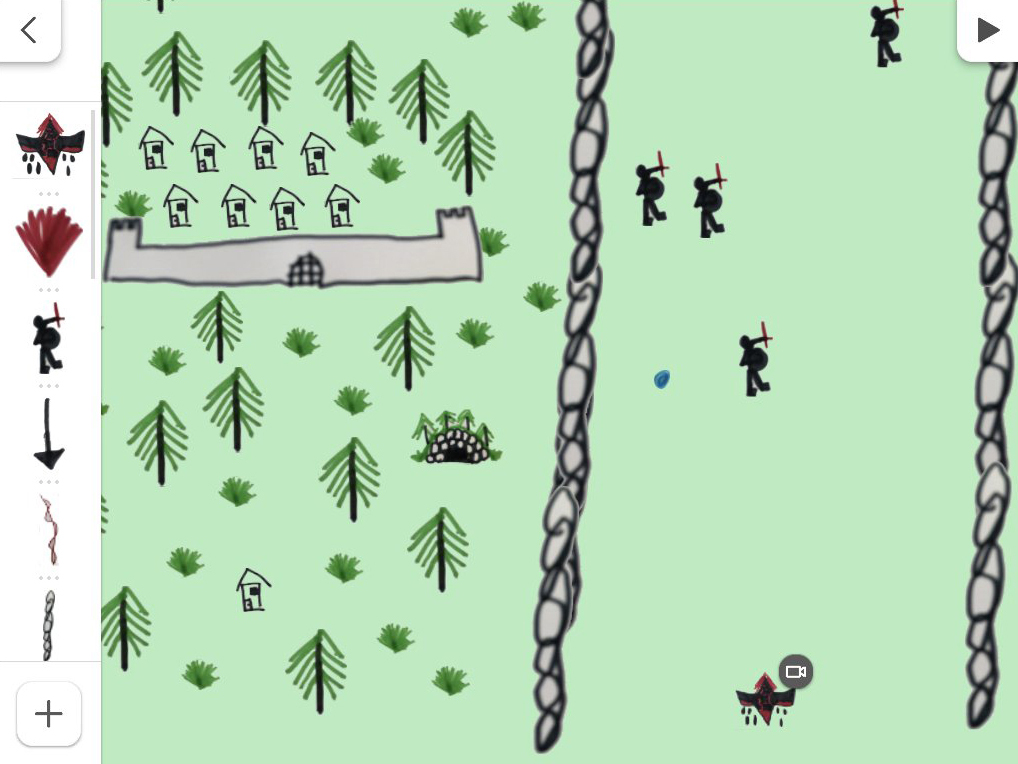 Each type of element can be programmed with a visual programming language. We designed the language specifically for game creation, trying to find a proper balance between simple and expressive... This language is inspired by the Thymio language. The purple blocks on the left are triggers, for example "when the player presses the right arrow" or "when the object collides with another object". The orange blocks on the right are actions, for example "move right" or "gain a point". In the middle of the screen, you can drag and drop blocks to create rules, for example "when the player presses the right arrow, move right". 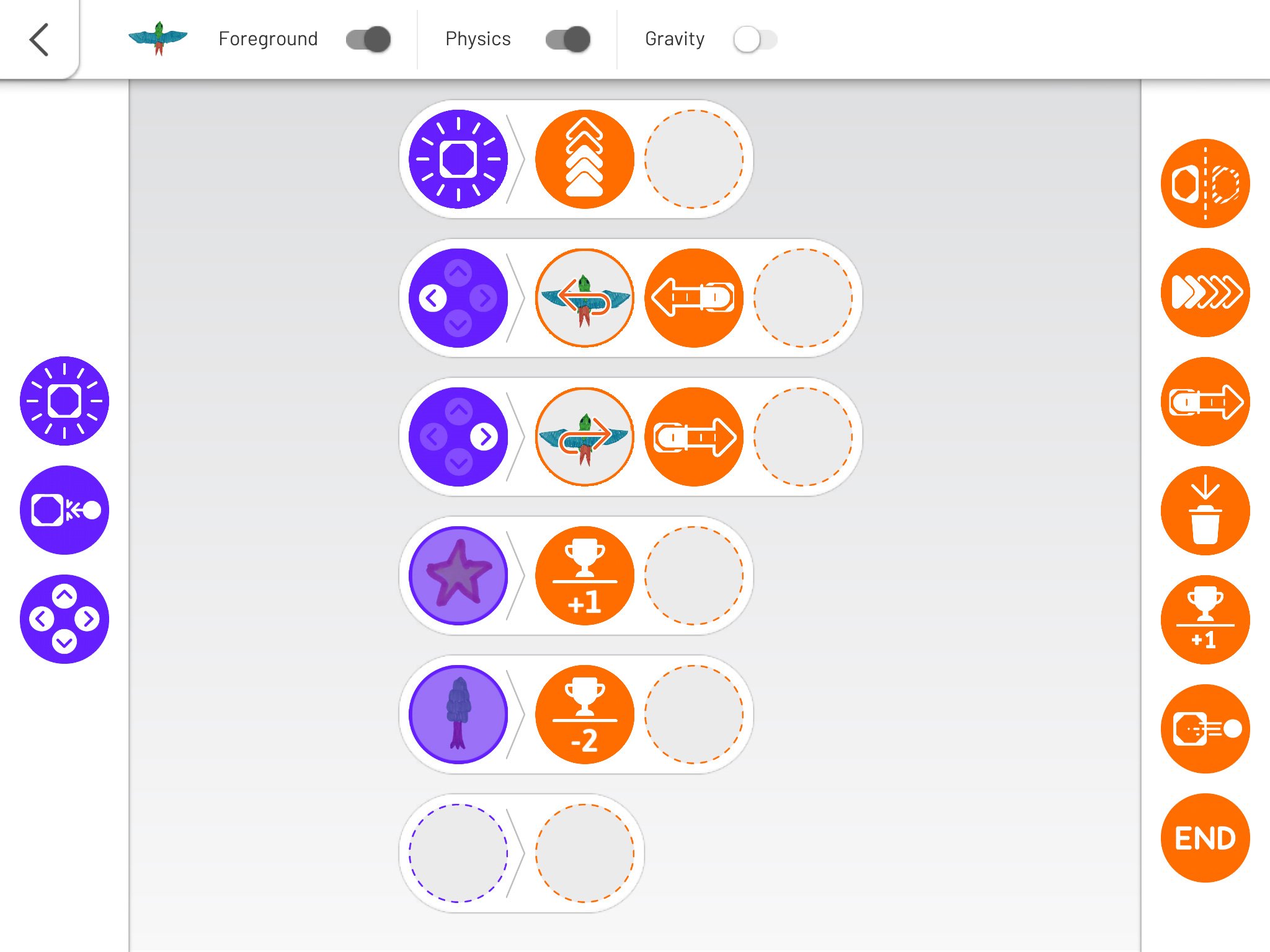 And finally, the user can try out the game, test it, and iteratively improve it! The iteration cycle is very fast and simple: by pressing the play button, the user can instantly play the game. 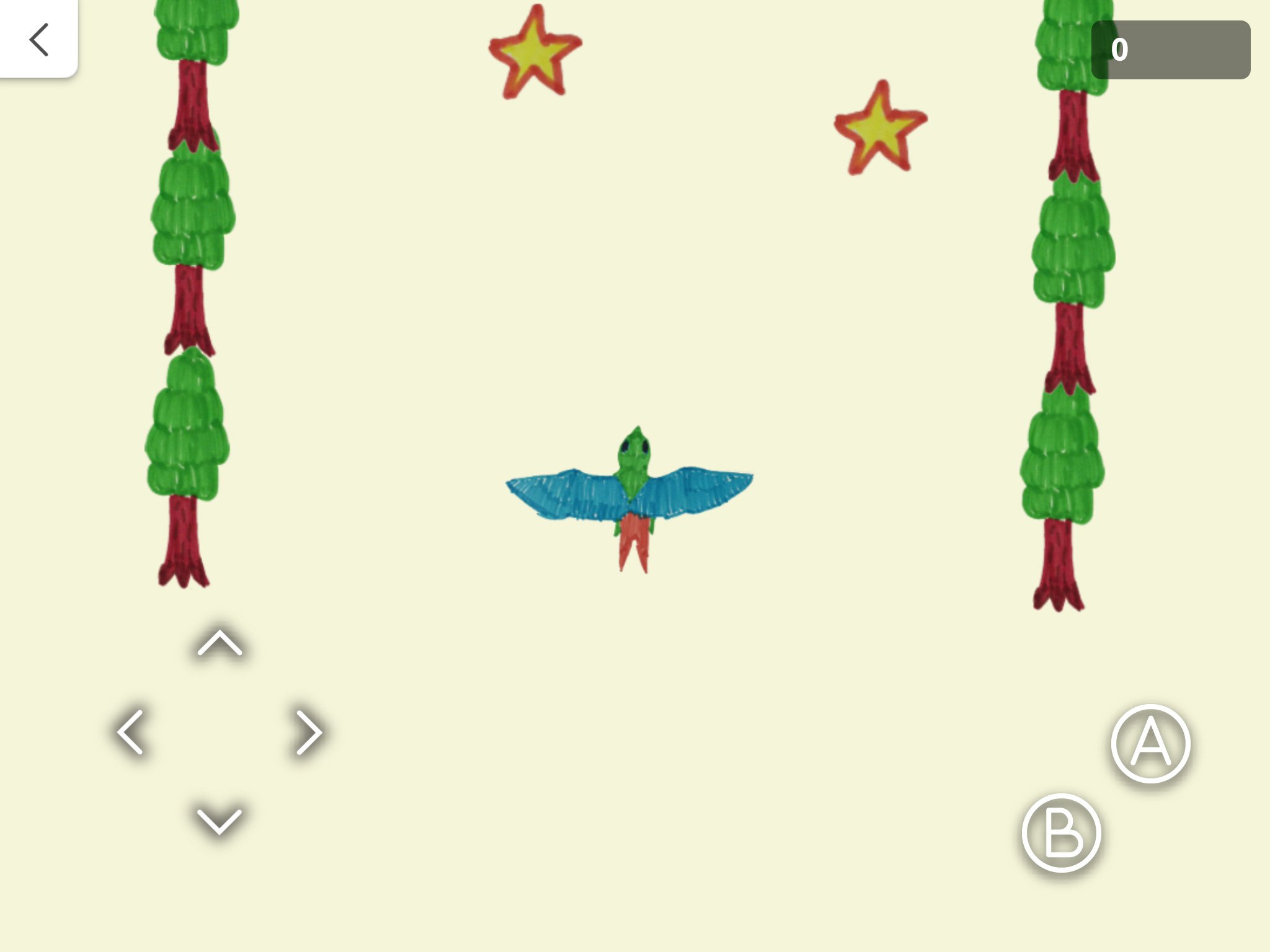 I found this project interesting because the children we tried it with quickly understood the app and were able to create amazing and diverse games. I was also amazed by how much they collaborated: sharing ideas but also organising tasks for everybody.

The app can also be used to design educational activities. Here, people implemented a (tiny) brain!

Our paper video for "Motion, Interaction and Games" 2019, with subtitles. (link)